The Age of Aquarius will last for 2,160 years, so it takes several years for its influence to swing into full effect and become obvious in world affairs.

However, the main trigger for the emergence of this new age – the exact conjunction of Jupiter and Saturn at zero degrees of Aquarius – happened on December 21st, 2020.

The New Age of Aquarius is about peace, spiritual joy, harmony, humanity, equality, spiritual liberation, and the freedom to pursue your God-given rights to Life, Liberty, and Happiness.

In recent decades, we have seen glimpses of the nature of the dawning Age of Aquarius. Starting in 1967, in the rock musical Hair, the leading song proclaimed, “This is the dawning of the Age of Aquarius” (perhaps a little prematurely) and chanted inspiring lines like, 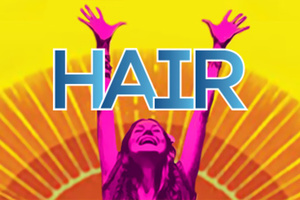 Back in 1967, this was revolutionary thinking. It was rebellion against the status quo.

That is because the ideals of Aquarius are associated with democracy, freedom, creativity, nonconformity, humanitarianism, idealism, philanthropy, empathy, respect for people, respect for human rights, and, yes, even rebellion. The old ways of darkness cannot remain standing for long when such a new light emerges upon the planet.

Closer to the actual dawn of the new Aquarian age, spiritual evolution gained a huge boost in 2012 when the December 21st solstice opened the gateway to a whole new era of possibilities. The 2012 gateway marked the closure of many cosmic cycles and the restart of those same cycles in a new and constructive mode, making positive actions much easier to achieve.

Everyone who treated the 2012 winter solstice as a gateway to a bright and hopeful new era helped make the world a better place. Prior to the 2012 gateway, global nuclear devastation had still remained a possibility in our future. Inspired, positive people handled that critical juncture in their own unique ways at a time when the fate of the world lay in the balance. As a result of their efforts, the collective mind of humanity shifted to a new reality where the nuclear option completely ceased to exist!

More recently, at the December 21st solstice of 2020, the Age of Aquarius gained a huge boost. And that’s not all. Other major astrological aspects at that time also marked the start of new cycles of Aquarian-style influence, not just in its 2,160-year cosmic age, but also in 200-year, 500-year, and 800-year cycles!

Other Relevant Cycles are also at Work

Democracy is a vital component of the Age of Aquarius and it got started 800 years ago. In those days, a king had ultimate power and he could do just as he pleased with regard to no one. Magna Carta changed all that. 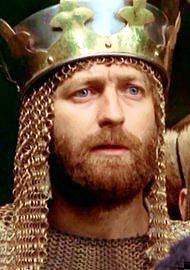 A king of England…
not King John. 🙂

It was a charter of liberties which forced King John of England to agree to new rights for the population that would place him – the ruler – underneath a new rule of Law. With the king forced to give up many of his oppressive actions, the populace gained new rights which would become the basis for the future of English common law and freedom from oppression.

Today, there is also a repeat of the astrological conjunction that triggered another huge wave of change 500 years ago. This one shows just how huge a change can emerge from small beginnings. At the time, Martin Luther was incensed with Church corruption, such as the selling of indulgences (paying money for the forgiveness of sins), and he began hammering copies of his essays of protest to church doors. He demanded reform, risking his life and liberty in the face of enormous established power. Instead of simple reform, what emerged was far more wide-ranging. The Protestant Revolution sprang into life. It was the birth of whole new branches of Christianity where loving communion with the Prince of Peace became a revival movement that took precedent over the old habit of Sunday sermons berating entire congregations as sinners.

The start of a more recent cycle 200 years ago prepared the way for today’s big change. Discoveries in electricity heralded an era of scientific development leading to rapid developments in industry, then homes, and later in today’s people-empowering computers and Internet.

The recent gateway of change in 2020 was one of massive astrological significance. Powerful aspects aligned, marking the development of major, long-term cycles of Aquarian influence.

This will eventually bring about a huge reset in world affairs, but first…

A Word of Caution

People sometimes expect changes to happen now or, at the latest, tomorrow… the kind of people you could almost imagine praying, “Please, God, grant me patience… and hurry it up!”

With grand cosmic cycles, the timescale for change is years, not hours. For example, many people expected the Harmonic Convergence of 1987 to cause a huge positive change in world affairs. When no changes emerged in the next few days, many became disillusioned. 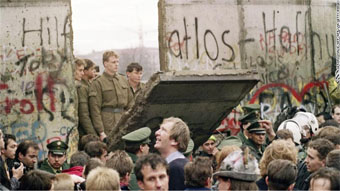 Had they allowed for a longer time frame, they would have felt much better because, two years later, the Berlin Wall was turned into rubble and, two years after that, the Soviet Union collapsed. This ended the Cold War which had haunted the world for decades with the imminent threat of nuclear annihilation. A greater peace emerged, just as originally anticipated, but with its own time schedule.

So, you might wonder, when will the recent powerful astrological influence become noticeable? Big changes take time, but the stars do guarantee their eventual emergence. Its timescale falls into the period 2020-2032, and probably around the middle of that period. So, the obvious changes for the better may not become apparent until 2026, give or take two years.

How You Can Help the World 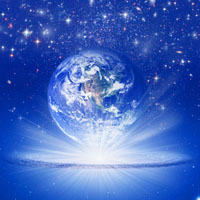 You can be a part of this emergence into a new and higher level of consciousness for humanity. Engaging in meditation along with intentions for a better world make an enormous difference.

These powerfully influential planets came together just as they entered Aquarius for the first time in centuries to initiate a powerful new phase of growth in human evolution.

Take 20 minutes – or much longer if you can – to engage in meditation – your own preferred technique or our Infinite Being meditation – and add your visualizations for a better world.