The concept of God as a Father-Mother principle, not just a Father God, is hardly new. For example, the Hindu religion has focused largely on the Mother aspect of God for over 3,000 years! It was to Mother God that Yogananda found his greatest inspiration throughout his early life.

The Christian Science movement, founded in 1879, is one which holds the Father-Mother God principle as central to its teachings. They regard the masculine qualities of God, such as strength, constancy and protection to be related to the Father aspect of God, while the feminine qualities, such as gentleness, compassion and nurturing to be related to the Mother aspect of God. They do not see God as two ‘people’ – a male entity and a female entity – but rather as an integrated, all-pervasive presence possessing both aspects of consciousness in equal balance.

If we look at the nature of the original consciousness which is behind all things, we can better understand the concept of an integrated Father-Mother God. God is not a person. God is an everywhere-present, all-knowing intelligence which created and maintains the universe. Behind even this creative presence, is the ultimate, original, unchanging state of consciousness, that of Infinite Being.

Infinite Being is a state of perfect beingness which contains all potential. As such, it fundamentally does not “do,” it just is. It is perfection, and therefore unchanging. However, at some point, Infinite Being decided to ‘become,’ rather than just ‘be.’ It decided to manifest its potential, and then to act out every part of that potential.

That greatest mystery of all time – why Infinite Being decided to “become” rather than just “be” – has now been answered by a spiritual master who went beyond where anyone has gone before and succeeded in retrieving the answer! The story of his return, and the stunning answer to the mystery, is told in the e-book, Discover Your Purpose in Life (see below*).

Once Infinite Being had made the decision to create the universe, it achieved the Creation through its only available tool – that of consciousness. Infinite Being divided its consciousness into two complementary aspects. In one direction, it focused intent. In another direction, it focused feeling. Then, it applied motion so that the two facets of itself – intent and feeling – could interact with each other as intertwined waves of consciousness in motion, manifesting as the energy to sustain all forms of life. In this way, Infinite Being extended itself from just being, into a state of action and creation. 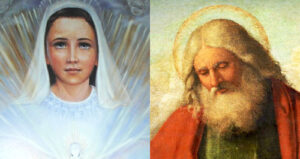 People traditionally find comfort in thinking of God as a parent-like presence. The two aspects of original consciousness on a grand cosmic scale do not translate well into human gender terms. However, you could choose to think of the expansive intent aspect as the part which seems more father-like. You could also choose to think of the feeling aspect as the Preserver of all of creation and the one which seems more mother-like. However, these are just images to help us identify, from a human perspective, with the vastness of the consciousness of God.

God maintains the universe through a perfect balance of the complementary aspects of its consciousness. In the light of this, if people choose to think of God in parental terms, then the word God today has to mean ‘Father-Mother God’ and not just ‘God the Father.’

Remember that without God the Father’s other half, the universe would cease to exist!

It may come as a great disappointment to fans of patriarchy, but when Infinite Being decided to create the universe, the Mother aspect of the Creative Trinity had to appear first.

The Mother aspect created space. Then, the Father aspect used intention to fill that space with what we think of as the Big Bang of Creation – the appearance of the framework of all matter from what appeared to be a center point of nothingness. Such is the magic of Creation. Then, the Mother and Father aspects joined together to bring the principle of motion into existence so that the universe could be filled with energy. 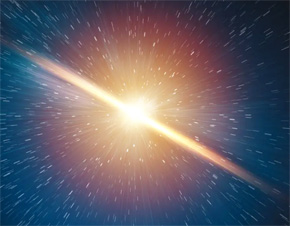 Think about it. If the Big Bang appeared first, before there was space and its ability to contain the explosion of initial Creation, there would have been one giant “Pop!”, then nothing. No containment, no framework, no energy, no matter, no suns, planets, plants, people, and no host of angels and nature spirits to maintain this wonderful universe.

So, if God the Mother is so important, where is She in the Christian belief system? That can be explained with a little history.

When Caesars Claimed to be Sons of God 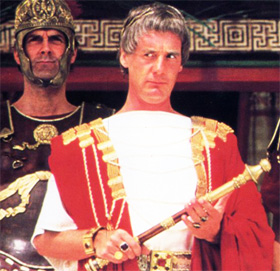 When Christianity in its present-day form was being established, its founders had to compete with a long succession of Caesars, each one of which claimed to be a son of God.

The Christian claim that Jesus was the one and only son of God was a response to that state of affairs. It did not originally exclude far-away religions or the teachings of other messengers of God like Buddha or Krishna. It was just dealing with a local problem.

The importance of placing Jesus as the son of God made the church founders invent their own Trinity. Instead of the usual Trinities of other cultures, all of which included the aspects of father, mother, and bringers of light, they decided to place Jesus right next to God.

Then, they had to wonder what to do with the Mother aspect of God that is usually placed right next to the Father. Well, she got bumped over into third place and renamed the Holy Spirit. In keeping with their patriarchal focus, they then proceeded to hardly mention her anywhere in the New Testament and they rarely emphasized her supportive and healing role in answering the prayers of the faithful.

The Shift to Expanded Consciousness

We are entering a New Reality where all people are honored equally, regardless of race, creed, color, personal preferences and, especially, gender. Heart-centered consciousness means unconditional love and acceptance of all people in their infinite diversity. We exist on this earth as the eyes and ears of Infinite Being as it seeks to experience itself through the infinite variety of every possible viewpoint.

Diversity is integral to our purpose in existence.

Your purpose in life includes the development of your own potential so that you can become the most unique ‘you’ possible. Today’s emerging heart-centered consciousness means that people will support, rather than compete against, the efforts of other people.

As New Reality consciousness expands, human potential will flower in creative ways never before imagined possible. You can think of God as a balance of Father-Mother God consciousness or simply go beyond that to think of Infinite Being as the ultimate state of unchanging perfection. Either way, remember that the conscious awareness of the presence of God is a mere thought away.

It is your concept of the God presence within which will feed the flame of your creativity and help bring your unique potential into full and joyful manifestation.

*The greatest mystery of all time in spiritual philosophy has been, WHY life began. Why, when God had been perfection in the first place, did God create the universe so that living beings could work their way back to a perfection which already existed?

The story of how a spiritual master who passed on in the late 1990s and then went ‘beyond the beyond’ – beyond where anyone on Earth had gone before – in order to bring back that very answer is told in the e-book, Discover Your Purpose in Life by Owen Waters: