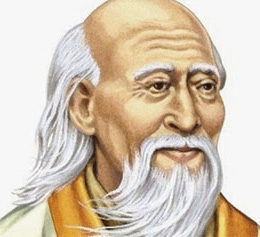 The ancient philosopher, LaoTse (“Lay-OTE-say”) gave teachings which were designed to confuse the conscious mind. The idea was that, when the conscious mind tires and gets out of the way, the seeker could discover the deeper truths within.

He is credited with the 2,500 year-old work, the Tao Te Ching, which is full of apparent contradictions or paradoxes. For example, he refers to the Tao (the “Dow”) as that which is everything and yet nothing. What he means is that the Tao – the Absolute, the Is-ness, or Infinite Being – is the transcendent consciousness which is behind all manifestation. It is not the active manifestation of the created universe, but the original consciousness behind it. It is that which, in silence and unchanging perfection, always was and always will be. And yet, so the paradox goes, all of manifestation came from it and therefore is it.

Similarly, he uses paradox to promote the philosophy of Wu Wei (“Woo Way”) as the way of “action without action.” Sounds impossible? That’s the point. He wanted people to give up making logical sense of the idea and, instead, go within to find the truth behind the paradox. 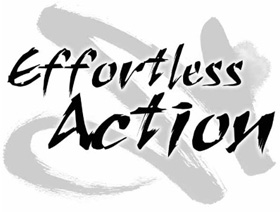 The principle of Wu Wei really means effortless action. The secret to achieving effortless action is to realize that there is a natural flow of influences at work in all parts of the universe. You sense the natural flow of the moment and act within that flow. If the moment is not right for a certain type of action, then the attuned person delays the task. When they sense that the right moment has arrived, then they act and easily accomplish the task.

It can also mean not forcing a situation to be what it isn’t. If a situation comes about which is beyond your control, then making the best of it is often the elegant solution.

The saying, “If at first you don’t succeed, try, try again,” is attributed to the 14th Century Scottish king, Robert the Bruce. According to legend, he once took refuge in a cave, where he watched a spider trying to spin a web. It failed several times to make a connection from one area of the cave’s roof to another, but each time it started all over again until it finally succeeded. People today take that saying to mean that, if something doesn’t work, you need to be obstinate and keep trying harder until you overcome all obstacles and eventually make it happen by sheer force of will.

The Wu Wei approach to life is quite the opposite. It suggests that, if at first you don’t succeed, there is a reason for it. It means that you are not acting with the natural flow of energy within that place and time and it may also mean that you need to discover a more suitable solution.

First, take a deep breath, relax and step back from the situation. After that, you’ll be able to judge it objectively and in a state of balance. Then:

A) Decide if you’re trying to force something into existence that shouldn’t be, or

B) Look for a better solution to achieve your objective, and/or

C) Wait for your innate sense of timing to feel right.

One of the benefits of the spiritual consciousness which is emerging in the New Reality is the ability to sense the natural flow of universal influences and know when the time is right for certain types of action.