Infinite Being is the ground state of consciousness behind all things. It does not move. It does not change. It just is.

It is the awareness behind all things. When you become aware that you are aware, that is the silent essence of Infinite Being within you. 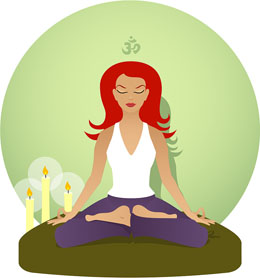 Your normal state of consciousness is in constant motion as you experience life in all its ever-changing forms. However, behind that consciousness-in-motion is the ground state of unmoving, singular awareness.

Infinite Being is the ‘I Am’ consciousness within you. It has also been called the Absolute, the All That Is, the Godhead, Brahman, the Isness, and the Tao.

Because of its unmoving, pure beingness, some people have been tempted to call it a state of non-being. However, non-being is one of those impossibilities of existence. Everything is conscious, even the tranquil, unruffled state of pure beingness which exists behind all things.

Another impossibility is for you to ever cease to exist. You are; you exist as a unique perspective of Infinite Being. You will never cease to exist. The essence of you is immortal. In the physical world, you come and go, choosing different incarnations in order to experience the variety that human life has to offer. In between those incarnations, you live in the spirit world while you make sense of all you learned in the latest incarnation. Then, at a soul level, you plan your next adventure into physicality.

On your journey back home to the All That Is, you will always be you. Your consciousness will grow continually along the way until it eventually expands to fill all things and you will once again be back home. You will be back where you started out on your journey into experience.

The terminology used to describe this perfect awareness is simply, ‘Infinite Being.’ It would be less than accurate to say, for example, AN Infinite Being or even THE Infinite Being, as such expressions would suggest that there may be something outside of this one, all-present state of perfect, complete and eternal beingness.

When you become aware that you are aware, you contact the ground state of consciousness within yourself. There is nothing more balancing than to anchor your ever-moving thoughts and feelings to the ultimate state of personal peace – the unchanging, ever-aware, all-present state of Infinite Being. Because it is ever-present in all things, you only have to focus upon it in order to find that one anchor which never moves in an ever-moving world.

On our website, there is a complete how-to article called the Infinite Being Meditation. It employs the most powerful affirmation possible in the English language, namely “I Am Infinite Being.” This affirmation of the “I Am” awareness within you and your conscious alignment with the ultimate state of Infinite Being takes on an even deeper meaning when you appreciate the powerful silence of that ground state of all consciousness.

When you practice the Infinite Being Meditation, simply be aware that you are aware and you will better connect with your deepest essence. When you really become aware of that still, silent awareness within you – that state of Lucid Being – you will be in a place that few have found; but a place for which most people yearn.