In my latest e-book, Ascension to a Higher World, I pointed out that we are getting very close to the long-awaited global ascension to a higher realm of physical existence. What I didn’t mention until now is that this event will remove the main reason for today’s high level of population growth.

While there are many reasons for the availability of more bodies into which to incarnate, these are all manifestations of the soul urge for reincarnation at this time. As always, soul demand and intention precedes physical manifestation.

One of the big soul factors behind the scenes for today’s population growth is what might be called incarnational tourists. The universe is a big place and these souls, who normally incarnate on a wide variety of other planets, learned of the coming big event on planet Earth. The Shift from physical 3D to physical 4D will be of huge value to their collection of life experiences.

So, the tourists headed over here, looking for any opportunity to incarnate into the biggest event in tens of thousands of years. Even if they are born here and then pass on into the afterlife before the physical ascension happens, they will still experience the afterlife version of the sudden upgrade in frequency. 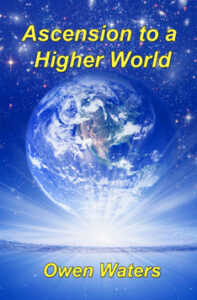 Basically, just as it says in the Bible, the dead shall be risen first, then the living shall be raised up. That is, physical beings will be raised up into the frequency band vacated by the afterlife beings who will have been risen, as explained in my Ascension to a Higher World e-book.

Besides the population increase caused by incarnational tourist traffic, people who usually incarnate on planet Earth have been adding to the recent population growth by speeding up their rate of incarnation. In the last 300 years, instead of the usual schedule of maybe one incarnation, people have been engaged in rapid reincarnation, returning two, three, or even four times to experience as much as they can in these days of intense transformation.

Add to that yet another factor in today’s high population. Multiple incarnations of the same soul in the same time period. Lightworkers tend not to favor this as it splits the attention of the soul, weakening the focus available for their prime purpose. Some people, however, want to gain multiple perspectives during era of The Shift, so they incarnate in two or more bodies at different locations on the planet.

So, what happens when the big ascension event is over? Obviously the tourists won’t be looping back around, looking for another incarnation. Even the locals will have had the peak experience of their lives on earth. Consider also that there are two types of locals:

1) Starseeds – advanced souls who came to earth anytime in the last few thousand years as lightworkers to help the population make it through the upcoming Shift to higher consciousness. Guess where those souls are going after the big event? Back home to the Pleiades, Sirius, Andromeda, and who-knows-where, happy to be older and wiser than when they left.

2) Souls who are still training within the 3D physical experience cycle. As there are potentially 288 incarnations in one full learning cycle (and some souls end up needing to repeat the cycle and go around again), there can be much need for learning still ahead for these younger souls. So, they’ll line up for reincarnation on the ascended earth, right?

No, the rules will change because physical life on Earth will be in 4D, not the 3D that they are in the process of learning to master through experience. There will no longer be a 3D Earth, but the galaxy is full of human-friendly planets with 3D availability. So, do we know where the 3D souls will go for their next incarnations?

Mass Dreams of the Future

Here’s one source of insights on that subject. A picture of the possibilities for more 3D experiences emerged in the 1980s book, Mass Dreams of the Future. It details the results of a research project that was undertaken where hundreds of seminar attendees were progressed (rather than regressed) through hypnosis into the future (rather than the past) to see what their future lives would be like in the time period 2100 – 2500 AD. Author Chet Snow summarized the results of this research project, which had been conducted by hypnosis expert Helen Wambach assisted by himself.

Of those subjects reporting that they are to be physically incarnate in those future time zones, they found that the information correlated remarkably well into certain categories. These showed common themes in the different living environments viewed in those future incarnations.

1. New Age-types who lived an ecological lifestyle in harmony with the Earth (and with high-tech comforts). This was an idyllic picture of a new lifestyle in ascended 4D.

2. In-space dwellers and people who lived on other planets – those in ascended 4D choosing to use their rapidly-evolving technology to becomes explorers and pioneers.

3. Isolated cases of individuals living in the remains of once-great cities. Well, even after ascension, some people prefer the old places and the old ways, even though most people moved away to live in the beauty of nature.

4. A world of dome-covered cities. Now, this is obviously the version of future living that shows life on a new 3D planet where 3D-focused souls will go to continue their paths of learning. 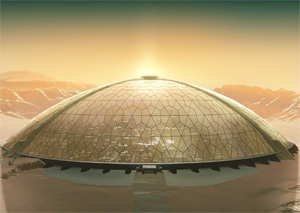 In sharp contrast to the green earth of the New Age category, this is a world where people will live under domes that offer protection against what will initially be an unbreathable outside atmosphere. It becomes a clean atmosphere later (after the 2100 AD era), but this is obviously not the same planet as the green, New Age Earth which will exist in 4D, but no longer in 3D.

Then, at a later incarnational date, the subjects reported that humans on the 3D dome-cities planet were able to venture outside of the domes into the newly-clean atmosphere and make rural life possible. They were then able to farm the land, initially in a low-tech way similar to the 1800s on Earth and later with the help of machines. At that point, they observed that the dome cities were still in use by people who preferred the controlled-climate cities rather than living out in the country with its seasons and weather variations. 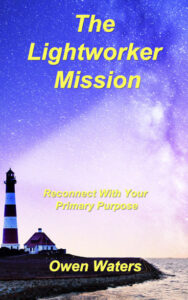 Whatever the future brings in the decades and centuries ahead, our present focus is on the imminent ascension of the planet from 3D into physical 4D. As lightworkers, the need for our support and guidance for others is critical in these days of great change prior to the big Shift.

You can gain personal support in this from my e-book, The Lightworker Mission, which reminds you of why you came to Earth and provides powerful techniques for unlocking knowingness and the healing of yourself and others.