The ether and etheric energy sound like the same thing. Many people today think they are the same. Yet, they are as distinct and dissimilar as chalk and cheese or, to use a more appropriate comparison, magnetic energy and electric energy.

The confusion arises because the ether – the fabric of the universe – seethes with etheric energy, but that energy is not the medium through which it travels. The medium is the ether or, to use its more traditional spelling, the aether.

As an analogy, a battery is not so much a source of electric energy as the medium in which that energy is stored. If you drain away the energy, the medium still remains because the battery is not the energy. Likewise, the aether is the field of support for the active etheric energy which courses through the universe.

Let’s look at exactly how the aether and etheric energy differ from one another.

The aether was the name given to a subtle energy field that fills all space and therefore provides a carrier medium for light energy to travel through the great void of space between the Sun and the Earth.

Then, over a century ago, an experiment which attempted to prove the existence of the aether failed. Rather than admit to faulty assumptions, the scientists of the day declared that the aether must not exist.

So, what is the something that is waving?

Meanwhile, the aether was replaced by a new name for the fabric of space: Spacetime. It was a concept that scientists agreed upon as a brilliant substitute, even if it made no sense to anyone else.

Today, the aether is back. Under a new name, of course. Today, it’s called the Higgs Field, and its existence has been proven using no less than the high-energy particle accelerator at CERN. Naturally, as a promoter of truth, Professor Higgs (now retired) was shunned and scorned for decades before his theory was proven by the persistence of some other brave souls.

So, what do we call this field, this fabric of space? The aether again? The Higgs Field? Personally, I prefer using Lynne McTaggart’s 2003 book title, which inquires into its nature and simply calls it The Field, with a capital “F.”

The Field is a primary form of magnetism. It is a subtle magnetic fluid that can be distorted or compressed like a gas and it can flow through the poles of a bar magnet in a highly condensed form. As a magnetic energy, it is attractive in nature. It is intensified within and around matter, where its attractive nature produces the force of gravity.

The Field is a subtle, fluid, magnetic energy which fills all space.

The Field is the fabric of space.

Next, we turn to etheric energy. Many people have investigated this universal life energy. They have given it names like zero point energy, prana, vital life force, chi or qi, orgone, quintessence or the fifth element, odic force, cold electricity, scalar energy, tachyon energy, vacuum energy, radiant energy… the list goes on.

As a more subtle cousin to electricity, etheric energy is the life force that streams towards us from the Sun, energizing and motivating all forms of life. 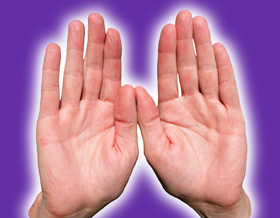 Etheric energy is the life energy that passes from a spiritual healer to another person. It is the vitality or life force contained within air, water and food. It is the mystery energy which powers the endless orbit of electrons in their atoms and planets around their suns. Without it, all life as we know it would quickly wind down to a halt.

The inevitable mastery of etheric energy will lead to far more wide-ranging advances than electricity ever did. Within etheric energy lies the keys to powerful healing modalities, pollution-free energy, and many other valuable innovations. Just the advent of abundant, inexpensive energy will transform the world, eliminating poverty and much of today’s third-world suffering.

When a cosmologist stares at a clear, night sky, wondering where all the missing energy and matter is in the inky blackness of the depths of space, it would come as a surprise to them if they knew that a clairvoyant – a person who has developed the ability to see subtle energies – sees the same night sky filled with light.

It may sound unconventional, even rebellious to tradition, to suggest that a scientist should ask a clairvoyant what they perceive, but it has been done before, and with breakthrough results. For example, in the mid 1800s, one of the top research scientists of all time did exactly this. Carl von Reichenbach had heard that clairvoyants could see a subtle energy of which science was unaware. The fact that he, like most people, lacked clairvoyant vision did not deter him. Such a minor complication was not to be an obstacle to his curiosity and his desire to understand this new form of energy. 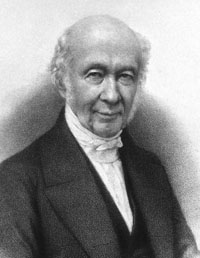 So, for his experiments, he hired a group of skilled clairvoyants to describe to him what they could see. He cataloged the appearance and behavior of etheric energy, which he called the ‘odic force,’ around substances such as crystals, magnets, wood and metals.

Today, a cosmologist could, if they dared to be that adventurous, ask a skilled clairvoyant what they see in the clear, night sky. The clairvoyant would report that they see the etheric energies that surge through the universe. To their subtle perception, etheric energy does not appear in the least bit dark. In fact, it glows brightly with the light of its own life energy. To them, the night sky is filled with a brilliant interplay of pure and magical etheric light.

It is high time that more pioneers take mundane physics through a leap into metaphysics – the science of energies more subtle than physical electricity and physical magnetism. A voyage of discovery is waiting.

*The above is one of the many chapters in my recent e-book, Spiritual Metaphysics: Answers to the Great Mysteries of Life.